“Thanks to Objet, models can now be evaluated and accepted within just one or two days, so we are saving four to six weeks of work as compared to our previous mold-making process.”

Delivering innovative, state-of-the-art sports footwear apparel and accessories in virtually every country in the world is no small feat. Yet, with more than 170 subsidiaries and over 40,000 employees worldwide, the adidas Group does just that. To continuously improve its products, which are sold under the adidas, Reebok and TaylorMade trade names, the 80-year old company always looks to the latest technology to continuously revolutionize its design, development and production processes.

That’s why the company, headquartered in Herzogenaurach, Germany, was one of the first companies to install the Objet Connex500 3D Printing System. No stranger to rapid prototyping technologies, the adidas Group previously used Objet’s Quadra Tempo (the forerunner to Objet Eden family of 3D printers) and Objet Eden330 to create 3D prototypes for design verification. When Objet developed the Objet Connex500, utilising Objet’s unique multi-material 3D printing technology, PolyJet Matrix, the adidas Group saw it as a great opportunity to increase its prototype capacity and accuracy. 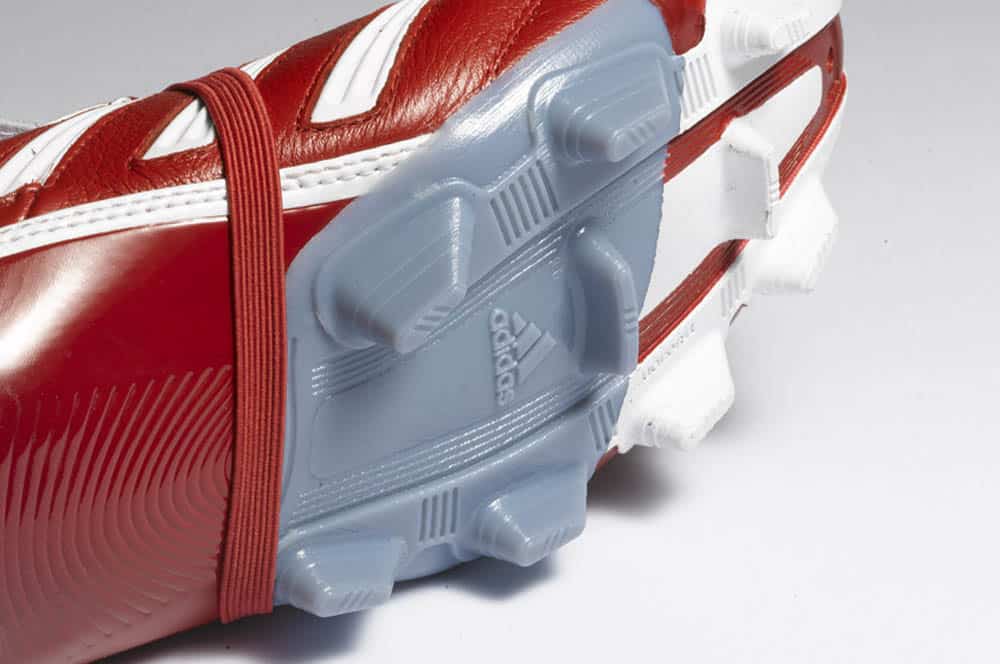 After searching for a better, more accurate and faster alternative to CNC prototyping, Sahameter installed the Alaris30 Desktop 3D Printer by Objet Technologies. The company saw immediate benefits. Most importantly, accurate prototyping and correct molds instantly and dramatically shortened the development process -; by an average of five months per project.

“Internal demand for prototypes from the different design departments was growing rapidly, and the build size of our existing 3D printers was getting too small. Furthermore, printing with only one material per build was no longer sufficient. Now, thanks to the Objet Connex500 we have entered the digital era.”

With the ability to print models made from multiple materials, including composite Digital Materials created on the fly, the Adidas Group can now perform functional testing in the early stage of the design and development process. This allows considerable time-savings and enables adidas to gain a real competitive edge.

Before adidas used Objet’s unique, multi-material 3D printing technology, all adidas prototypes were hand-made by 12 technicians using special tools to model every single joint and crease according to 3D specifications. Since the introduction of the Objet Connex500, a maximum of two people are required to produce the 3D models.

Stepping up speed and precision

The adidas Group prints around the clock to meet the strong demand for its products and its internal customer requirements. With the new speed and fast model production achieved with the Objet Connex500 3D printing, designers can quickly reach the ultimate final product concept and customer wishes can be quickly fulfilled. Moreover, errors can be immediately detected and eliminated. 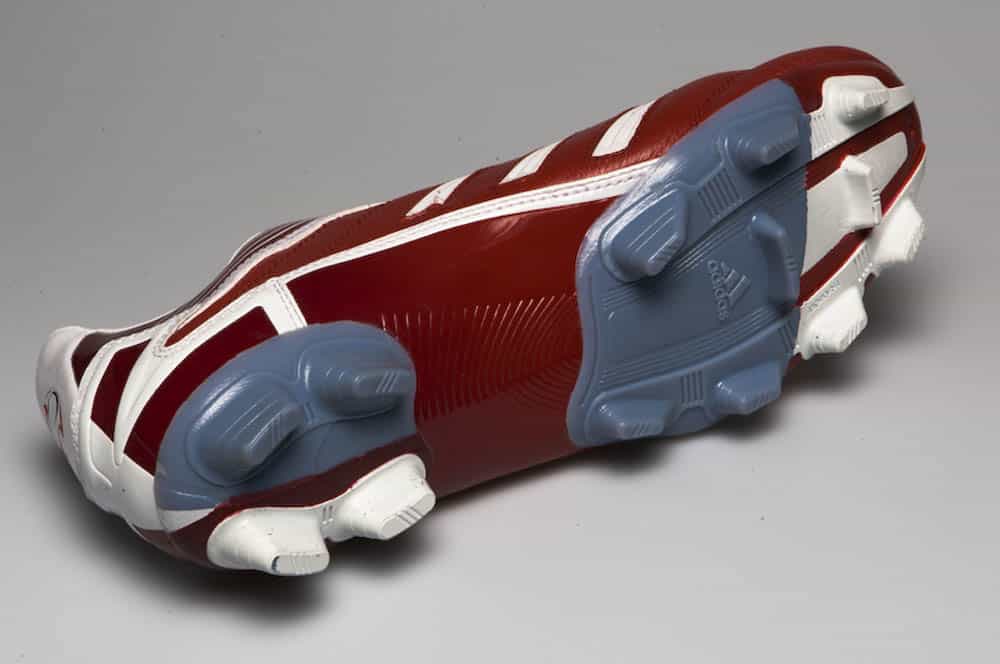 With the ability to print in 16-micron layers, the Objet Connex500 creates 3D models with unrivalled accuracy and surface quality that convey a precise idea of the final product. Moreover, the wide array of Objet materials, colors and varied shore grades that can be used in one build allows the adidas Group to produce prototypes that accurately simulate the real outer soles of its running shoes. The models feature an accurate or life-like look and feel without the need for additional finishing.

For example, in the “soccer” category, the models produced on the Objet Connex500 3D printer are used for design and illustration purposes and the traction testing is performed in the early stages of the development and design process. For standard running soles, fit models are mainly printed to check the accuracy of fit and design changes.

“The demand for prototypes from our internal customers is extremely high. We’re printing around the clock and providing a 24 hour service! Thanks to Objet, models can now be evaluated and accepted within just one or two days, so we are saving four to six weeks of work as compared to our previous mold-making process. Our internal customers really appreciate this incredibly short delivery time.”