Leptron is a leader in remotely piloted helicopters focusing on law enforcement, military and civilian uses. They use Direct Digital Manufacturing to make end-use parts.

Leptron’s RDASS 4 is a unique unmanned aerial vehicle (UAV) that weighs only five pounds and can be in the air in five minutes’ notice. Its four battery-powered electric motors enable it to hover at 100 feet with a half-mile line of sight. The device carries a wide range of cameras and other electronic equipment. 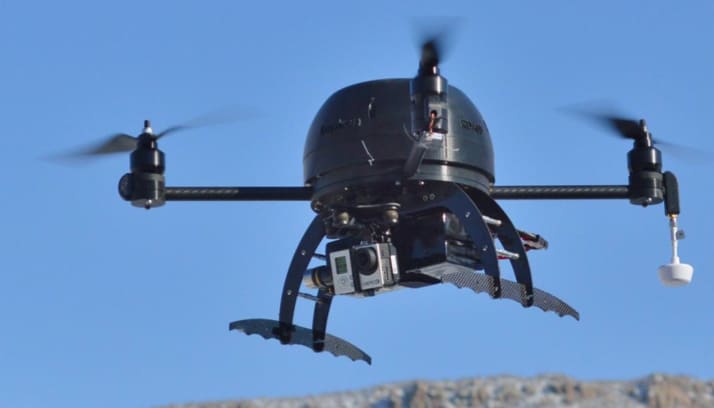 A typical military application for the RDASS 4 is to provide an armoured vehicle with the ability to see over the horizon and inspect terrain or structures that might present a danger. Computer simulation has shown that the device can increase survivability of an armoured vehicle by 50%. The RDASS 4 also has many other applications including police work.

The fuselage of the RDASS 4 is constructed in a series of nested sections called layers that fit together similar to Russian dolls. The company has developed multiple designs for each layer for specific civilian and military applications. Each layer can be easily interchanged with the others to be tailored specifically to the needs of a particular application without substantial additional cost or delivery time.

When designing the RDASS 4, Leptron engineers faced the challenge of developing eight variations of complex fuselage components in a short period of time to beat potential competitors to market. The plastic components that form the shell for the layers must withstand functional and crash tests where the RDASS 4 is flown into the ground. The craft must demonstrate the ability to be easily repaired and flown again after the crash. A minority of parts have mechanical requirements that cannot be met by plastic so they are made of metal.

Using the traditional approach, injection moulding, it would have cost $250,000 and taken six months to build tooling for these fuselage components. Another problem is that any design changes after the tooling was built would have required expensive and time-consuming modifications to the tooling. Major changes would have involved even greater costs and delays to build new tooling.

“We investigated various technologies and discovered that the FDM process could provide components that met the mechanical requirements for all of our plastic fuselage components,” said John Oakley, Chief Executive Officer of Leptron.

Leptron now uses a Stratasys system to very quickly build end use parts for the RDASS 4. The core components take 48 hours while smaller components average six hours to print. The printed parts are suitable for form and fit evaluation, functional testing and end use parts. Using the same machine for making prototype and end use parts reduces up-front investment and enables Leptron to build UAVs without a machine shop. The plastic parts needed for prototypes and eight production craft were built for only $100,000 in eight months.

“We made approximately 200 design changes during the course of the project,” Oakely said. “They included everything from reinforcing the structure to shoring up weak areas to making aerodynamic improvements. Every single part has changed a minimum of four times. FDM technology gave us the flexibility to make these changes without incurring a significant time or cost penalty. It would not have been possible for a company of our size to design and build this product using conventional manufacturing methods.”