While traditional manufacturing methods such as turning, welding, molding and milling have been a staple part of Goetz over the years, 3D printing has increasingly grown as a central role for the company across design and manufacturing. From the ultra-realistic prototypes and concept models of PolyJet to functional prototyping and tooling of the Stratasys FDM range. Goetz Maschinenbau can be found to use it all.

However, when it comes to production volumes of up to several thousand parts, they have been reliant upon traditional manufacturing methods like injection molding. While the part quality is great, the process can easily cost between 5,000 – 10,000 euros for each individual mold, along with lengthy lead times of 4-12 weeks. “To make the investment financially viable, we need to produce a large batch of at least 50,000 parts,” explains Goetz’s owner, Philipp Goetz.

To overcome these challenges, they sought out a technology that would enable them to complete small to medium series production at a competitive price. Initially, they tested a series of sintering technologies, however, was left unconvinced by the constant danger of warping and inconsistencies across production parts. As a result, they turned to Stratasys’ new H350 3D Printer. Part of the H-Series production platform of powder bed fusion-based 3D printers, the H350 has been engineered for production-level throughput of end-use parts.

According to Philipp Goetz, owner of Goetz Maschinenbau, the company’s new H350 confronts and overcomes some of the company’s foremost manufacturing challenges.

“The H350 3D printer provides us with a strong solution for volume production to manufacture cost-effectively and in short lead times.” he explains.

“We are currently manufacturing a part the size of my little finger – for small parts such as this, we are able to fit around 1000 parts onto the H350’s build tray. Importantly, this means that within 24 hours, we are able to produce the entire order, which is incredible. Over several weeks, we can scale this up to 3D printing tens of thousands of parts quite easily, which are numbers we would never be able to realize with injection molding in such a short space of time and definitely not at that cost.” 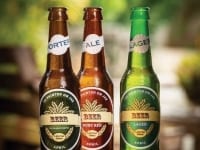 3D Printing PPE – How has 3D printing helped during the Coronavirus outbreak?